Last Updated: 01.06.2019 Orbital's SQL Decryptor is a high quality, professional Microsoft SQL Server object decryption tool that works with SQL Server 2005 and later. We created the original SQL Server Object Decryptor way back in 2003. And now, with the release of Version 5, we've completely re-written it from the ground up, with a slick interface and jam-packed with a ton of new features.

This powerful object decryptor can decrypt all of SQL Server's encrypted object types:

It's the preferred SQL Server decryption tool of database administrators and consultants world-wide. 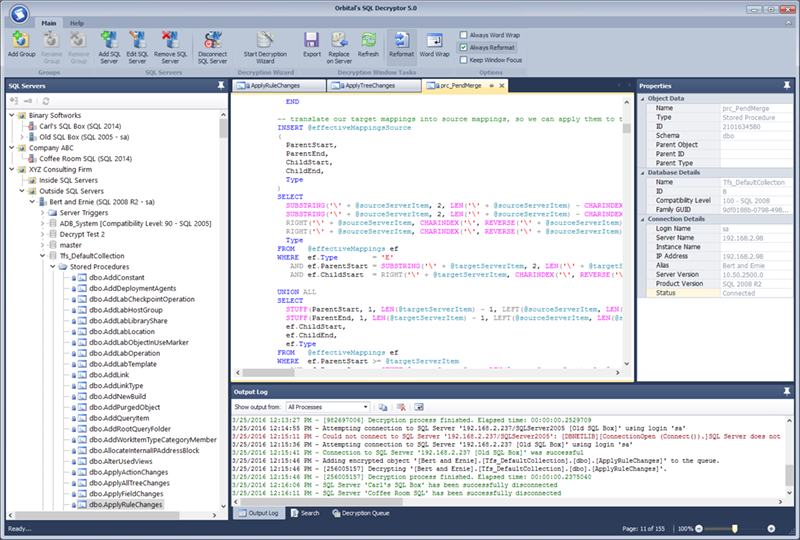 Some of the new features include:

Copyright © 2019 Binary Softworks. All rights reserved.
We periodically review and make modifications to the contents of this online help system without notification.